Written by Routers Network
Disclosure: RoutersNetwork is reader-supported. As an Amazon Associate I earn from qualifying purchases.

Networks today are very important for supporting business, providing entertainment, and enabling communication. One thing that is common in all networks is a network switch.

A network switch is a very useful device that acts as the building block of your network. It is used to connect various devices to transfer resources. With the help of a network switch, you can connect multiple devices, such as laptops, computers, printers, wireless access points, game consoles, and servers on the same network. It allows all the connected devices to communicate with each other.

If you are interested to learn about network switches in detail, you should read this article till the end. We have tried to provide information that will help you to understand the functionality of network switches.

A network switch is based on the OSI model and operates at layer 2 switching or data link layer. The function of a switch is to forward information to a specific host.

When a host sends a message to another host on the same switch or network, the switch receives the message and decodes it to read its MAC (media access control) address.

A network switch creates a separate domain for each port. It allows every device connected to the switch to transfer data to other connected devices at a time. This way the transmissions are not affected in the half-duplex mode.

On the other hand, the full-duplex mode allows each port to send and receive messages simultaneously. However, this is possible only if the connected device also supports full-duplex mode.

A network switch controls the transmission of frames between Ethernet cables and switch ports using the rules of traffic forwarding.

Traffic forwarding decisions are made by switches based on the 48-bit MAC addresses. This is done by identifying the devices on each segment of the network by using the source addresses in the frames it receives.

Then an Ethernet device puts two addresses in the frame and sends the frame to those addresses.

A switch port has an Ethernet interface, which runs in promiscuous mode. This enables the switch to receive all frames on that port, including the ones that are sent to the MAC address on that switch port.

Each port receives a frame, after which switching software adds that source address to a set of addresses maintained by the switch. This helps a switch to automatically discover which stations are reachable on which ports.

Forwarding refers to the process of passing network traffic from one connected device on a switch to another device connected to another switch.

As soon as a switch port receives a layer 2 Ethernet frame, the switch reads the source MAC address of the frame as well as the destination MAC address.

However, if the destination MAC address is not there on the MAC address table, the frame will be forwarded through all the ports except the source port. This is called flooding, which usually happens when the switch is just starting up.

In case, the source MAC address and the destination MAC address are both the same, the switch will drop the frame, which is known as filtering.

Redundant links are created in LAN to avoid complete network failure in case one link fails.

These redundant links are known to cause broadcast storms and layer 2 switching loops, which can be prevented by a network switch.

Network loops are avoided by Spanning Tree Protocol (STP), while still allowing redundancy. STP is designed to perform port state transition so that it can mitigate switching loops and permit the primary path active.

The port states are:

This should help you to understand the function of a network switch.

How Does a Network Switch Work?

When do we Use Network Switch?

A network switch is used to connect various devices to the same network. To put it in simple words, it is used to expand your network capacity.

A switch comes in handy when your router doesn’t have enough Ethernet ports. In case, you have fewer ports and more devices, you can use a switch to connect all your devices at once.

Commonly people use network switches to add a few extra ports. For home and business networks, people use unmanaged switches.

2. To Add Ethernet All over Your House

With a network switch, you can enjoy fast, lag-free connections in every corner of your home. This is ideal for 4K video streaming, playing online games, or transferring large files.

There exist different types of network switches. Before you set out to buy a network switch for your home or business, you need to know the existing types.

The most common types of network switches are:

KVM is short for “keyboard, video, and mouse.” As the name suggests, this type of switch is used to connect a mouse, monitor, or keyboard to multiple computers. These switches are commonly used in server control groups.

It has a single user interface. It allows you to control the functions of multiple PCs from one console. The good thing is that the devices can be programmed using hotkeys. 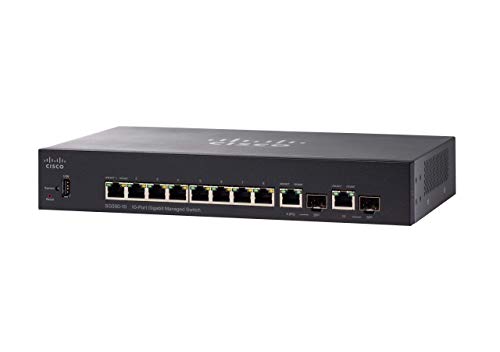 A managed switch is one of the most popular types of switches around. But it is not meant for everyone as it needs to be controlled by a network administrator.

The advantage of a managed switch is that it gives you full control over the traffic reaching your network. You can configure each port on the switch to get maximum efficiency over data transmission on the network.

Managed switches can be tweaked by administrators for optimal data transfer rates. This type of switch is mainly used to create VLANs. It gives you the liberty to create a network and customize it according to the connected devices.

Just so you know managed switches are very expensive. Unless you are a techie person, it can be difficult for you to handle a managed switch. 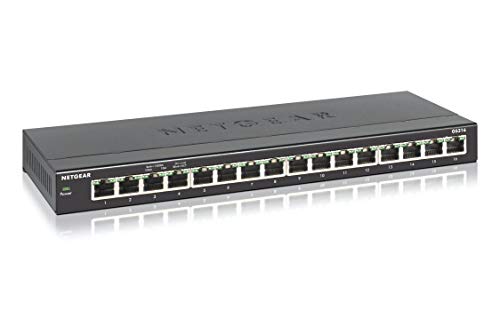 Unmanaged switches feature a plug-and-play design that requires no software installation or configuration. It comes with a simple setup, so you can complete the installation process without the help of an administrator or engineer.

These switches rely on auto-negotiation between Ethernet-based devices to permit communication between them. It enables the switch to automatically determine the best data rate to use. In other words, it can switch between half-duplex or full-duplex mode.

If you want a switch to perform basic network functions, then you should opt for an unmanaged switch. This is why unmanaged switches are so common in small office and home networks. 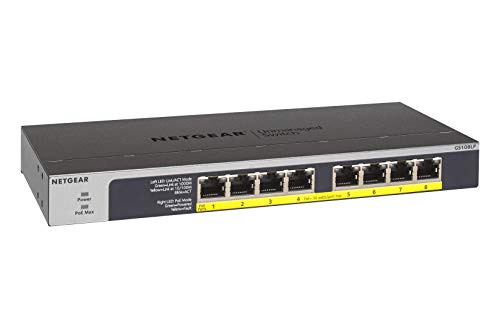 PoE or Power over Ethernet switches is designed to distribute power to different devices over the network. This means all devices on the network can function without being close to a router or AC access point.

A PoE switch is capable of sending both power and data to the connected devices. It creates a PoE network to support both PoE and Ethernet-based devices. 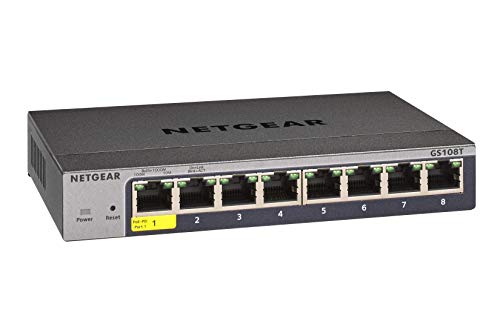 A smart switch is also known as an intelligent switch. It is a type of managed switch with a selected number of management options. What we mean is that it doesn’t provide the full management functionality which comes with a managed switch.

So these are the different types of switches you will find in the market. Different switches are used for different purposes. You need to select a switch based on your requirement.

A network switch is a powerful device, using which you can expand your network capacity. There are different types of switches available. But you should choose the one that is most appropriate for you. Now that you have a basic idea about switches, it will be easier for you to pick the right switch for your network.

Disclosure: RoutersNetwork is reader-supported. As an Amazon Associate I earn from qualifying purchases.

I am Editor, in charge of designing content for Routers Network. I aspire to use my experiences in marketing to create reliable and necessary information related to Networking.